In honor Veterans Day, we want to thank the men, women, and dogs who have served in the armed services. 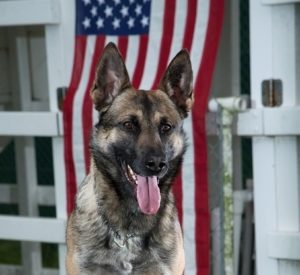 Veterans Day was first established in 1919 at the end of World War I and was originally known as Armistice Day. This war was considered “the war to end all wars,” and Armistice Day became an official holiday to honor WWI veterans in 1938.

After living through two more wars, veterans service organizations encouraged Congress to amend the purpose of this day. And, in 1954, Armistice Day became Veterans Day. Since then, the day when we’ve celebrated has also changed. But one thing has remained constant: To honor all veterans who have served during war or peacetime.

As part of Veterans Day this year, we encourage you to honor the veterans in our community, including the canines. Spend a few moments learning more about military working dogs, their role the U.S. wars, and the famous dogs in military history.

Wagging Tails offers a discount to members of the military and veterans year-round with proof of service: