Two-year-old Cooper has been part of our pack for nearly a year, and we can’t imagine a minute without our furry shadow following us around! 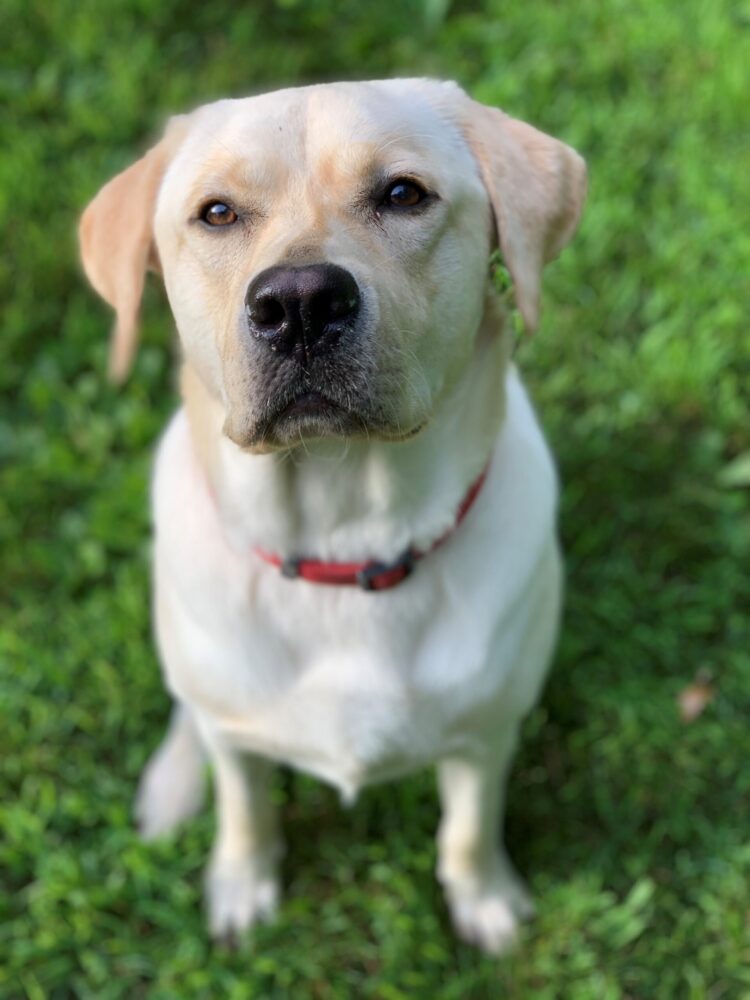 Cooper is a British Lab with a heart of gold who tips the scales at close to 95 pounds. But his size doesn’t stop him from being a snuggle bunny – or a little chicken either. His owners Kate and Dan tell us their big boy tries to jump in their laps when startled by the littlest things, like phones ringing or microwaves beeping.

Kate and Dan also shared that Cooper is obviously an only child who likes things his way, but they can’t resist him! And neither can his human best-friend, Kate and Dan’s grandson. When 9-month-old Greyson visits, the two are thick as thieves and all about the kisses. That also means there’s plenty of crying all around when they can’t be next to each other, too!

In addition to loving Greyson, Cooper adores socks. Fortunately, he doesn’t eat them – he just hides them for later. Kate and Dan said they had a big surprise when the snow melted to reveal baby socks all over the yard! That’s not the only surprise Cooper has in store for Kate and Dan, either. They say he’s also pretty gassy, but it always makes them laugh.

What’s the best part of having Cooper in their life? “He is absolutely beautiful! He makes us laugh every day,” Kate and Dan said. “He has brought so much joy into our lives!”