When it comes to sweet dispositions, three-year-old Jack takes the prize! 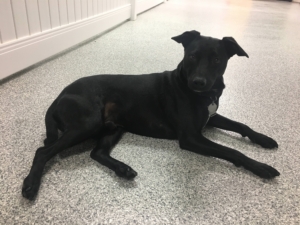 This charming black Lab mix has been coming to our Bloomington location for two years. Jack can be a bit shy when first meeting you, but, once he knows you, he’s all about the love and affection.

Originally from San Francisco, it took Jack some time getting used to running in the snow. After several wipeouts, he is finally getting the hang of things!

Jack likes to take his time starting the day. In the morning, he leaves his bed upstairs and moves downstairs to go back to sleep in his beanbag.

Next to his owner Keith, Jack’s favorite thing is his ball. Since discovering Ball last fall, it’s become his main preoccupation. Jack actually loves Ball so much, he’d rather play with it than other dogs!

When asked what makes Jack extra special, Keith commented on what a good dog he is. “When I don’t have time to play, he is very good and entertaining himself and will play with his toys and whips them around until he wears himself out.”

Now nearly two years old, handsome Winston has been coming to our Eagan location since he was a puppy. 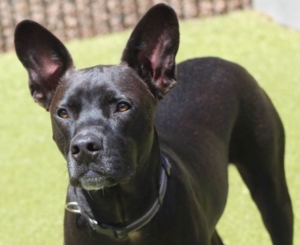 A mystery mix that might contain Pitbull, Labrador, and German Shepherd, Winston was rescued as a puppy with two broken front legs from floods in Louisiana.

During his daily visits to Wagging Tails, Winston loves to greet his friends with kisses and a wiggling butt, supervise activities from the bridge in the playroom, and spend one-on-one time with the Play Coaches. In fact, he loves spending time with his friends so much, he’s become an escape artist when spending overnights in the luxury suites!

Despite his challenging start in life, he’s a happy and affectionate dog who as adapted well to being spoiled by his owner Heidi. Even though Winston is 54 pounds now, he loves climbing onto people’s laps the minute they sit down. He also enjoys having his own chair at the dinner table – he even had a seat for Thanksgiving this year!

Always ready to welcome friends into their house, Winston has a sixth sense when it comes to company. He waits in excitement by the front door and can’t contain his enthusiasm when they finally arrive. He gets almost as excited when it comes to his dog toys – meticulously destroying each and every one of them in a matter of minutes starting with the ears. Despite this, Winston understands that this is only appropriate to do with his own toys and leaves his siblings’ cat toys untouched.

Winston is an affectionate dog who loves everyone, but what’s the best part of having Winston in her life? “He makes people smile,” Heidi told us.