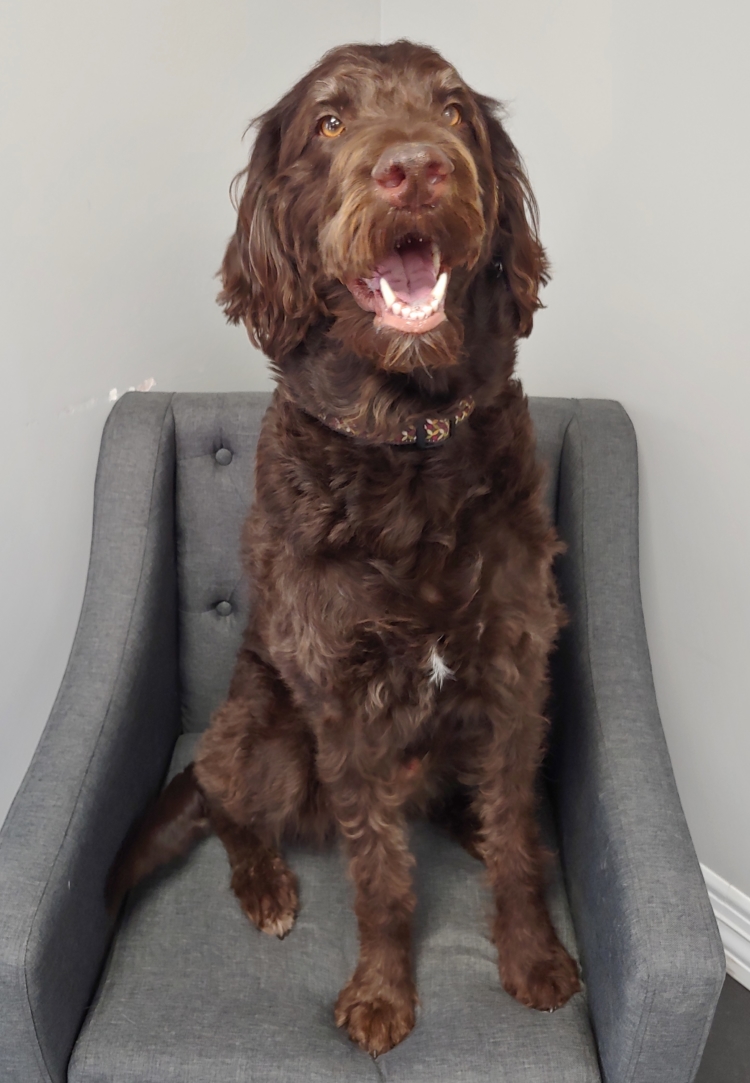 Two-year-old Gimli has been part of our Bloomington pack for over a year now. When Gimli comes to Wagging Tails, this friendly Labradoodle loves to play with his friends and hang out with his pack leaders.

Gimli’s owner Elisa tells us that her favorite part of each day is taking Gimli out at night to clear her head before bedtime. She said that Gimli takes special care choosing the perfect toy to bring along as soon as he notices her getting ready to head out. And, once their walk begins, Gimli likes to lead the way. He doesn’t pull Elisa. Instead, he looks up at her and indicates which direction he’d like to go with his eyes or by pointing. Some nights, he wants to walk down the street, but others, he prefers circling their apartment building while they listen for owls or check on the moon and stars. Elisa isn’t sure what prompted these unique outings because Gimli likes following her lead during their daytime strolls. But she always looks forward to the variations of toys, walks, or ways of communicating when they share this special time together in the evenings.

In addition to enjoying his evenings out, Gimli is a smart pup who not only knows people by name but his toys as well – including ‘cow,’ ‘dragon,’ ‘tennis ball,’ and ‘squeaky dog’! He makes friends everywhere he goes and even has a bestie named Ollie who lives all the way up in Duluth. 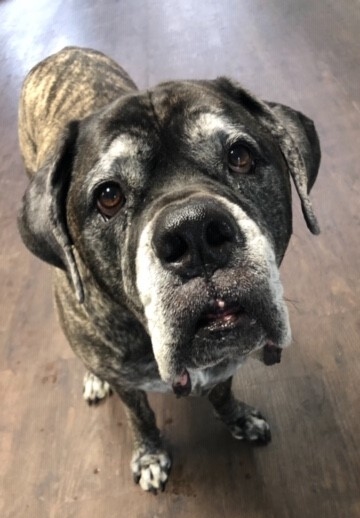 Owner Kelly has been bringing 7 ½-year-old Havoc to our Eagan location for the past three years now. When he comes to Wagging Tails, he loves supervising the other dogs while they play and getting plenty of pets from our team.

Havoc spent the first two years of his life at his grandma’s house helping her do human daycare 40 hours a week. By the time the human babies were toddlers with baby dolls, Havoc decided he needed one for himself too. His grandma finally bought him his own so that he’d stop stealing the baby dolls from the kids! Havoc still carries it around and sleeps with it every night.

Kelly describes Havoc as a happy, lovably lazy oaf who likes to nap, eat, and get pets. He’s perfected the art of making sad puppy eyes if you’re eating something yummy, and he won’t hesitate to climb on top of you if he wants kisses and attention. Havoc also considers everyone a friend — whether human or animal — and even enjoys the two neighbor cats who like to stalk him on the deck while he’s napping.

What’s the best part of having Havoc in her life? “All the cuddles!” Kelly told us. “Havoc will snuggle right up next to you, throw a leg over you, and start snoring in your neck. He is the most loving, cuddly dog I’ve ever owned.”