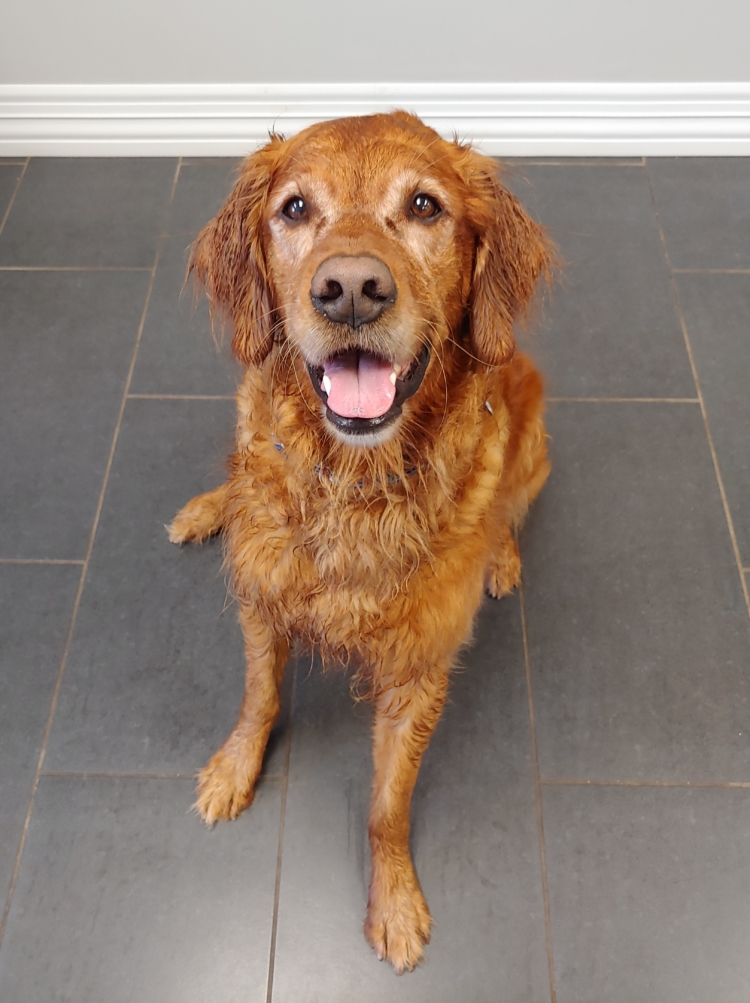 Midas has been coming to WTPR since he was six months old. As a baby, he was a member of our Eagan pack. But, after moving to Bloomington, this sweet golden retriever was able to call our second location his home away from home too!

One of the things 6-1/2-year-old Midas likes most about his doggy daycare visits is Pool Days. When the weather permits, he claims a kiddie pool for himself and spends the whole day lounging in it! Midas also loves his routine almost as much as hanging out in the pool, but the recent home remodel has thrown him off. His owner Eric says they’re expecting their first child, so they can only imagine how big of a change it will be for Midas having a new baby in the family!

Eric tells us that Midas doesn’t have a very good nose. That means that when he loses sight of a treat, he can’t sniff them out very well. One time, however, Midas surprised Eric and Carrie by stopping and sniffing a snowbank intently. All of a sudden, he plunged his head deep in the snow, resurfacing moments later with a mouthful of McDonald’s French fries. Apparently, Midas doesn’t have a problem sniffing those out!

While Midas doesn’t mind digging for French fries in the snow, he hates getting his paws wet. This quirk has earned him the nickname “Princess Paws” at home. As long as the pavement is dry, you can find Midas prancing like a horse on his walks and really hamming it up if he thinks someone is watching.

Midas is a special dog with a charming personality. Eric says Midas loves pushing his face into small spaces. This trait tends to throw off strangers who meet him for the first time because Midas ends up shoving his face between their legs and leaving it there! 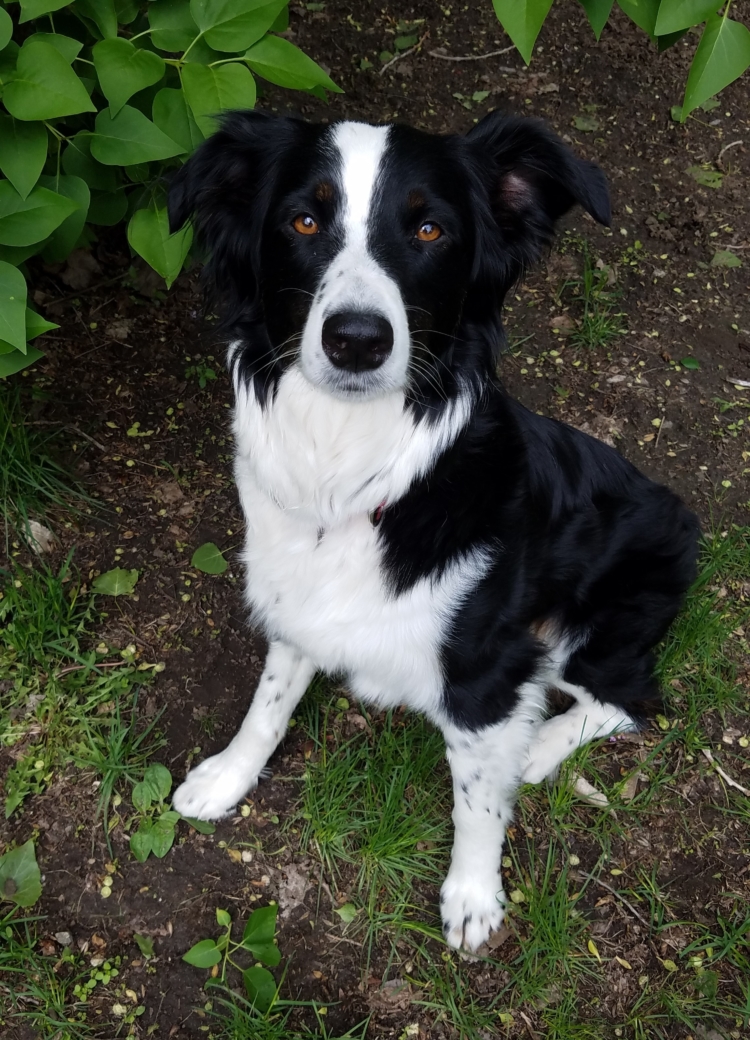 Allie has been coming to our Eagan location since November 2018 when her owner Christy first rescued her. It’s taken a little while for Allie to come out of her shell, but she’s found some good friends to play with — especially Mallow the Siberian Husky and Boss the Pitbull — and she enjoys following the play coaches around during her Playday visits.

This 3-1/2-year-old Australian Shepherd is very sweet, loving, and always ready for a cuddle. Allie uses her nose to nudge you for pets and even wants you to hold her paw while she’s curled up beside you. She’s also eager to please and a quick learner who really loves her routine, especially her long morning walks. Consistent training and her love of treats have helped Allie become more confident, and Christy has loved seeing Allie’s true personality emerge as her fears subside. In fact, Christy says that Allie’s gentle disposition, affectionate demeanor, and ability to learn quickly are her top assets. Christy hopes that with ongoing training, Allie could become a certified therapy dog.

What’s the best part of having Allie in her life? “I feel incredibly grateful we found each other,” Christy told us. “From the first day I met Allie at the Border Collie Rescue of Minnesota, she pulled on my heartstrings. I learned she came from a Reservation in North Dakota, and she already knew some basic commands. I believe someone must have loved her but could not financially take care of her. Her joy and affectionate personality were what drew me to her. After losing my cairn terrier in July, Allie came along at the right time and has once again filled my home with so much love. I’m proud to have been able to provide her with a forever home.”