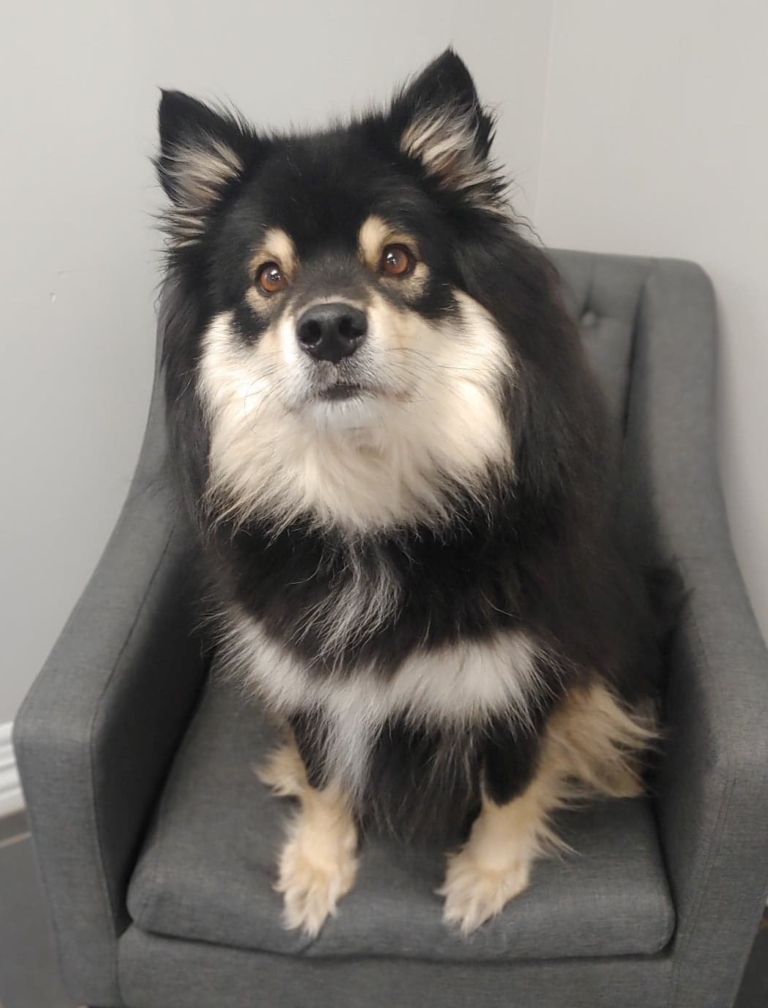 Bauer is a 5-year-old Finnish Lapphund who has been coming to our Bloomington location for two years. This breed was specially created to herd reindeer in Finland. Bauer makes the most of these exceptional skills by herding his family when he’s at home and vocalizing often so they always know exactly what he wants. When he comes to Wagging Tails, Bauer enjoys chasing his fur friends, relaxing, and begging for treats.

Several years ago, Bauer developed a cough that’s treated with a low-dose steroid inhaler. The medicine helped his cough, but it also made him perpetually hungry, and he’s become a master snack stealer! Now Bauer spends most of his time counter surfing and watching his human siblings for tasty tidbits to swipe. His owners tell us that nothing is safe in their house anymore – whether it’s lobster tails, chicken legs, bags of bread, or even toys!

During the winter, Bauer loves sleeping in the garage in the back of the car with the windows cracked. His owners think Bauer found food in there once, so now he loves to curl up and enjoy the cool temperatures – and look for any forgotten morsels. 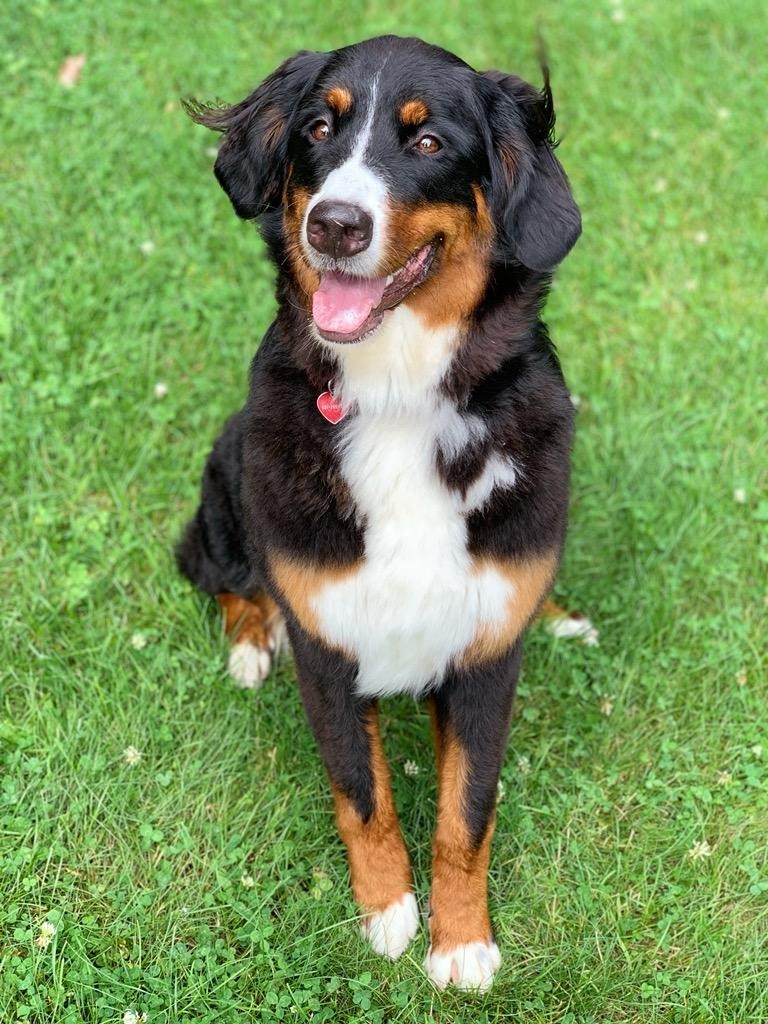 Lenni Rae is a 1-year-old Bernese Mountain Dog who’s been part of our pack since she was 16 weeks old. During her visits, this happy girl loves to bark her friends, play outside, eat all of the treats she can, and nap. Lenni also can’t resist playing with her best friend Finn, especially when they get to run, dig, and slobber all over each other!

When Lenni is out on walks with her dog mom Kelly, she’ll stop mid-walk, flop on her back, and roll around in the grass or snow. Then, Lenni lays there with her legs in the air! Kelly says cars have stopped just to make sure Lenni’s okay. Walks aren’t the only place you get to see this girl’s unique personality; she’s also afraid of pretzels and some sticks, and she absolutely refuses to swim. Kelly says that’s okay, though, because Lenni loves to snuggle. Lenni also insists on following Kelly everywhere she goes, even into the bathroom!

Kelly says Lenni is a little lazy, but she still makes a great protector from Amazon delivery people. Unfortunately, Lenni also eats underwear and breaks Kelly’s necklaces whenever she jumps up to greet her. Even though Lenni likes to eat strange things, though, Kelly says she’s a very good dog and has never destroyed any furniture or the walls. Lenni’s also incredibly attentive and loving, greeting you with the same excitement every time, even if you’ve only been gone for five minutes.

But what’s the best part of having Lenni in her life? “Lenni is the BEST snuggler! She is a true companion that loves her family unconditionally,” Kelly says. “She is gentle but will protect her family.”