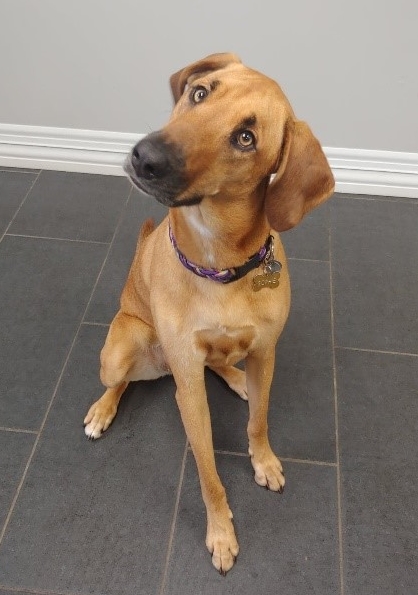 Sophie is a smart girl who knows the word “daycare” and can’t wait to arrive for her Playday sessions, especially if it’s time to make waves during POOL DAYS! She’s been part of our pack since her Puppy Kindergarten days in Eagan. Now, this sweet coonhound mix is 1-1/2 years old and spends time with her friends in Bloomington.

When Sophie isn’t busy playing at WTPR, she loves being the only child and princess at home. Her owners, Gage and Kelsey, say her favorite toy is a chicken, and it’s the only one she won’t destroy. Sophie even knows her “chicken” by name and will grab it when asked. She’s always happy to leave her chicken behind, though, if it means going on long with her Uncle Dan or playing with her cousins Tilly (a dachshund mix) and Bre (a Lab mix).

Gage and Kelsey told us that Sophie isn’t much of a cuddler. But, when she’s tired, she makes an exception. That’s when you can find her snuggled up nice and close to them on the couch for some extra attention. They also love seeing her coonhound genes come out when she gets busy smelling EVERYTHING. They say they wouldn’t trade it for the world – and we couldn’t agree more! 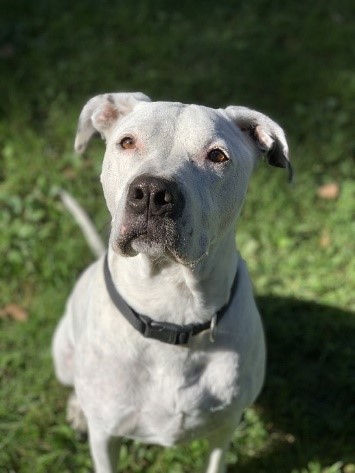 Norman is a four-year-old pitty mix who has been coming to our Eagan location since he was a puppy. He was originally born in Nashville but gave up a budding career in country music for Minnesota winters. When his owner, Amy, heads out to shovel, he’s always ready to lend a helping hand and leaps into the air to catch the snow she throws!

There’s a lot to love about Norman. He’s a happy boy with a big bark and enthusiastic prance. Whenever he comes to visit, we shower his 85 pounds of exuberant energy with love and attention all day long, often sending him home smelling of our perfume and cologne. 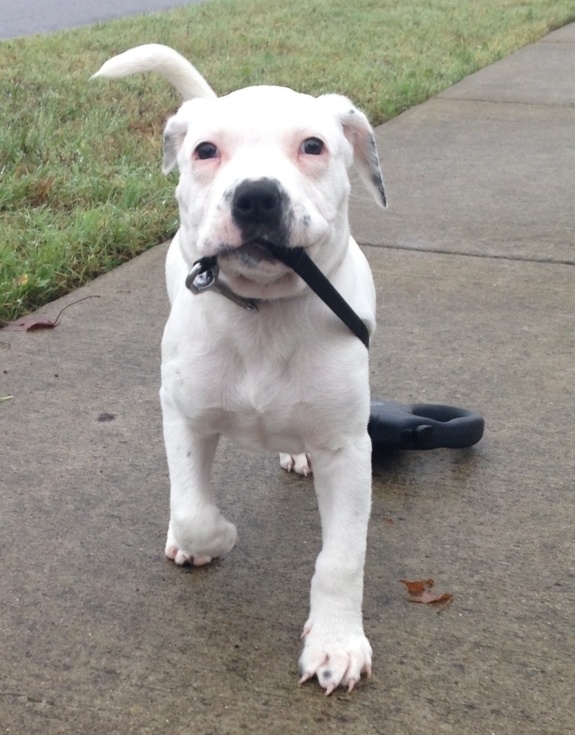 When Normal isn’t with his friends at WTPR, he likes spending time with Amy and his cat siblings, Walter, Lucy, and Gus. He also takes his responsibilities in the family very seriously. He makes sure they never have to sit on the couch alone, and he carries his own leash when out on walks – something he’s done since his very first time out; we have proof!

At the end of a long day, Norman enjoys kicking back with a giant rawhide, meaty marrow bone, or his plush Kong moose.