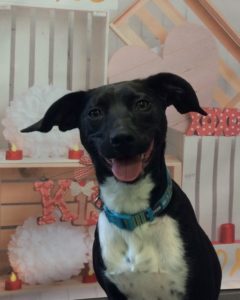 Our sweet Pebbles has been part of our pack for three years. This four-year-old Dalmatian-hound mix loves following our play coaches around during her visits and sitting at their feet to keep them company.

When Pebbles isn’t at Wagging Tails, she loves spending time with the neighbor’s new Aussie doodle puppy, Nala. She also loves trying to catch anything she can when spending time in the yard, whether it’s birds, squirrels, toads, beetles, or chipmunks. Pebbles’ owners, Jen and Alyssa, told us she once even nabbed a raw rabbit leg that fell from an eagle’s clutches. It took them 10 minutes and two spoonfuls of peanut butter to get her to drop it.

Pebbles is a smart, curious, affectionate pup who can bounce like Tigger and barks at everything and everyone who passes by. Jen and Alyssa say it’s pretty annoying, but it also makes Pebbles the best guard dog on the block. They also told us that when Pebbles is being naughty, they use her full name Pebbles Marie. That’s because “Marie” makes an excellent naughty middle name that adds a lot oomph. 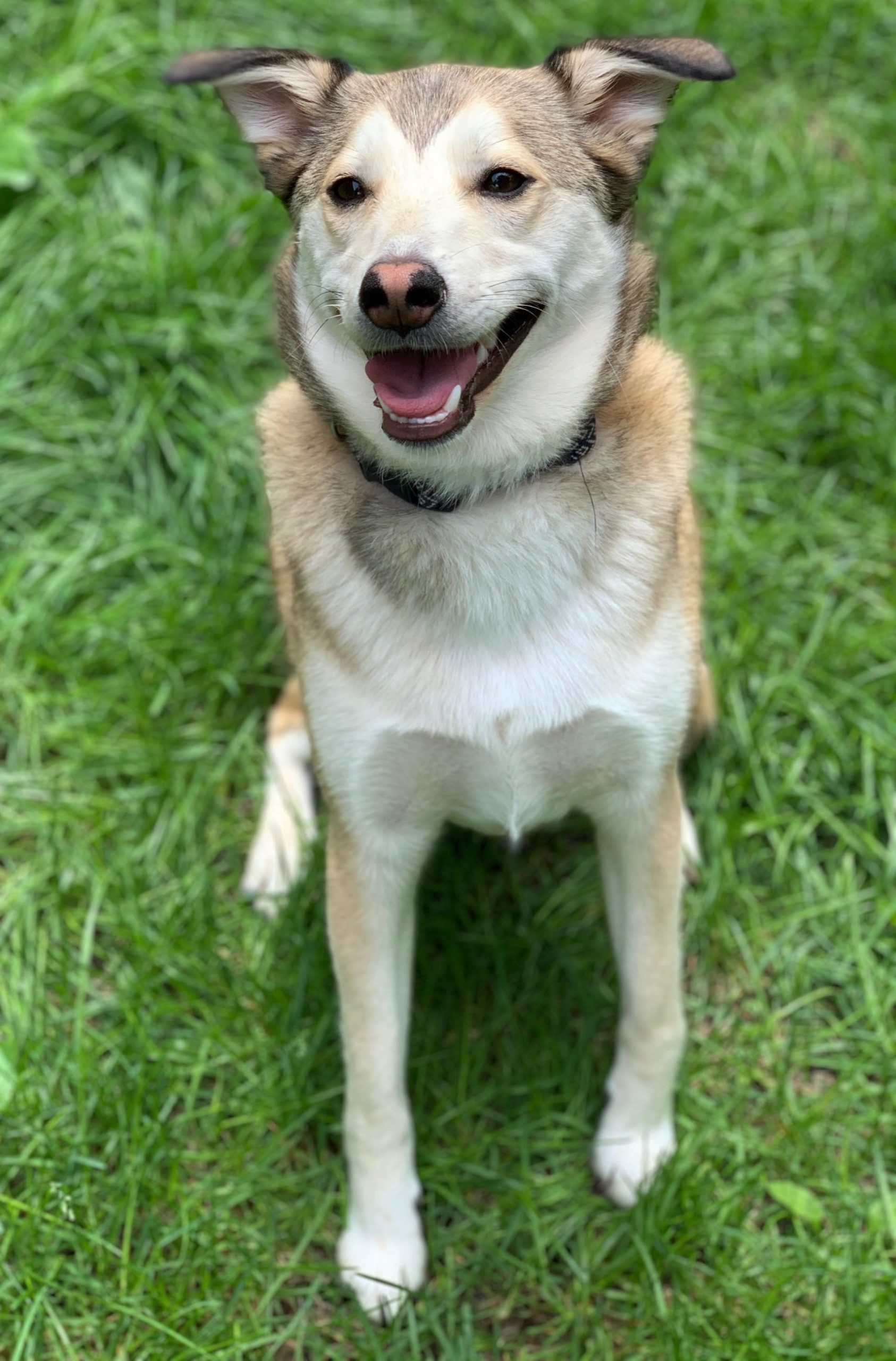 Malo is a 1 ½-year-old husky mix who loves playing with other dogs at Wagging Tails almost as much as getting attention from the humans.

Her owners, Alyssa and Clark, tell us that Malo is an independent girl who uses her eyes, tails, and ears to show them exactly how she feels. In fact, Malo even gets vocal if she thinks they’re petting and hugging her too much. Similarly, she won’t stop pawing them when she wants some snuggles and pets.

Malo is getting used to her daily routine. After her long morning walk, she snoozes away until early afternoon. Then her energy kicks in! Malo often has the zoomies, especially when snow is involved. She even enjoys apartment zoomies, which include an enthusiastic hop onto the toilet. Alyssa and Clark said Malo really didn’t appreciate the time she had the zoomies when they forgot to put the toilet lid down, and she fell right in.

When Malo isn’t at Wagging Tails or enjoying her zoomies, she loves playing with her stuffed toys and precisely removing the squeaker without damaging the rest. She also enjoys her independence and prefers not to listen, unless she knows food is involved. Alyssa and Clark also said that she hates the car, and her entire demeanor changes when she hears the word. It helped them quickly realize that Malo understands them way more than they thought.

Alyssa and Clark say Malo is very sassy and independent, but at the end of the day, she loves her home and family and those who cuddle her. But what’s the best part of having her in their life? “She is so cute, vocal, and has such a strong personality. She loves to play and feel connected to her family.”