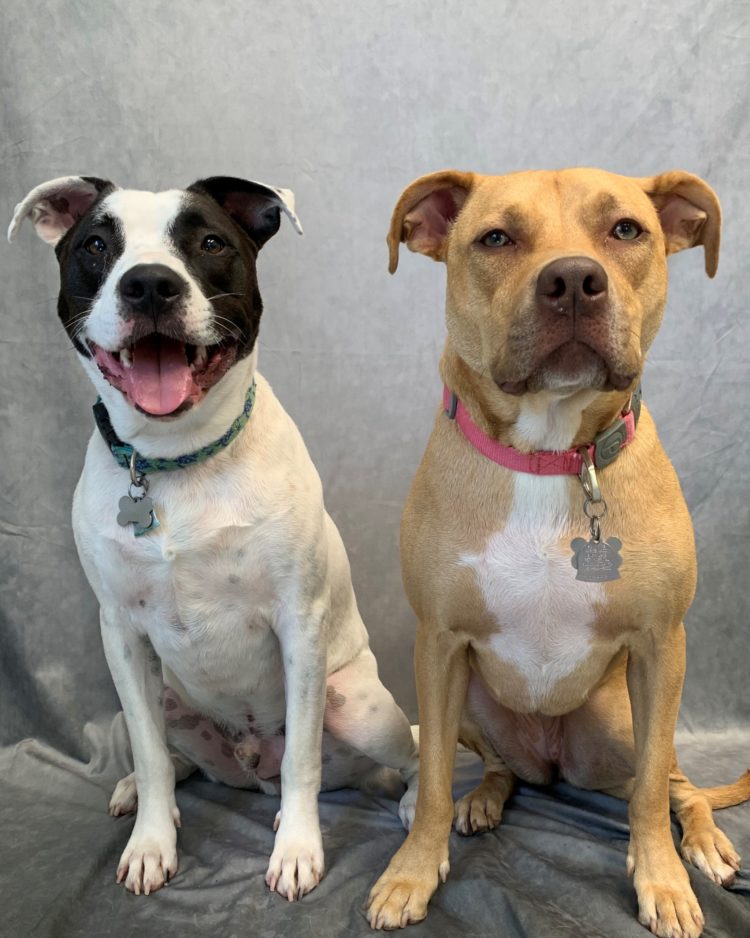 Our Bloomington winners are canine siblings Elsie and Dodger. Owners Suzanne and Bob rescued these sweet Pit Bull Terrier mixes from puppy mills, but Elsie came from Oklahoma, and Dodger found his way north from Arkansas.

Elsie has been part of our pack for her whole life, or nearly 2 years. During her visits, she loves getting pets, playing with her furry friends – especially Opal and Reign – and being Queen of the Ramps. When Elsie’s at home, she stays busy stealing sandwiches when her owners’ backs are turned and chewing bones until her brother swipes them. Elsie also helps out with household tasks like shredding the mail (she likes the bills best), and she wakes Suzanne and Bob up in the morning by dancing on the bed and licking their toes.

Dodger has been coming to Wagging Tails since he was 6 months old. Now, almost a year later, you can usually find him playing with the hose and his best buds, Mildred and Petra. Suzanne and Bob say he can’t take a nap at home until he nudges all of the pillows off the couch or bed, and his favorite form of entertainment is annoying his big sister Elsie. Not only does he love taking all of her toys away, but he’s always play-biting her cheeks and ankles! 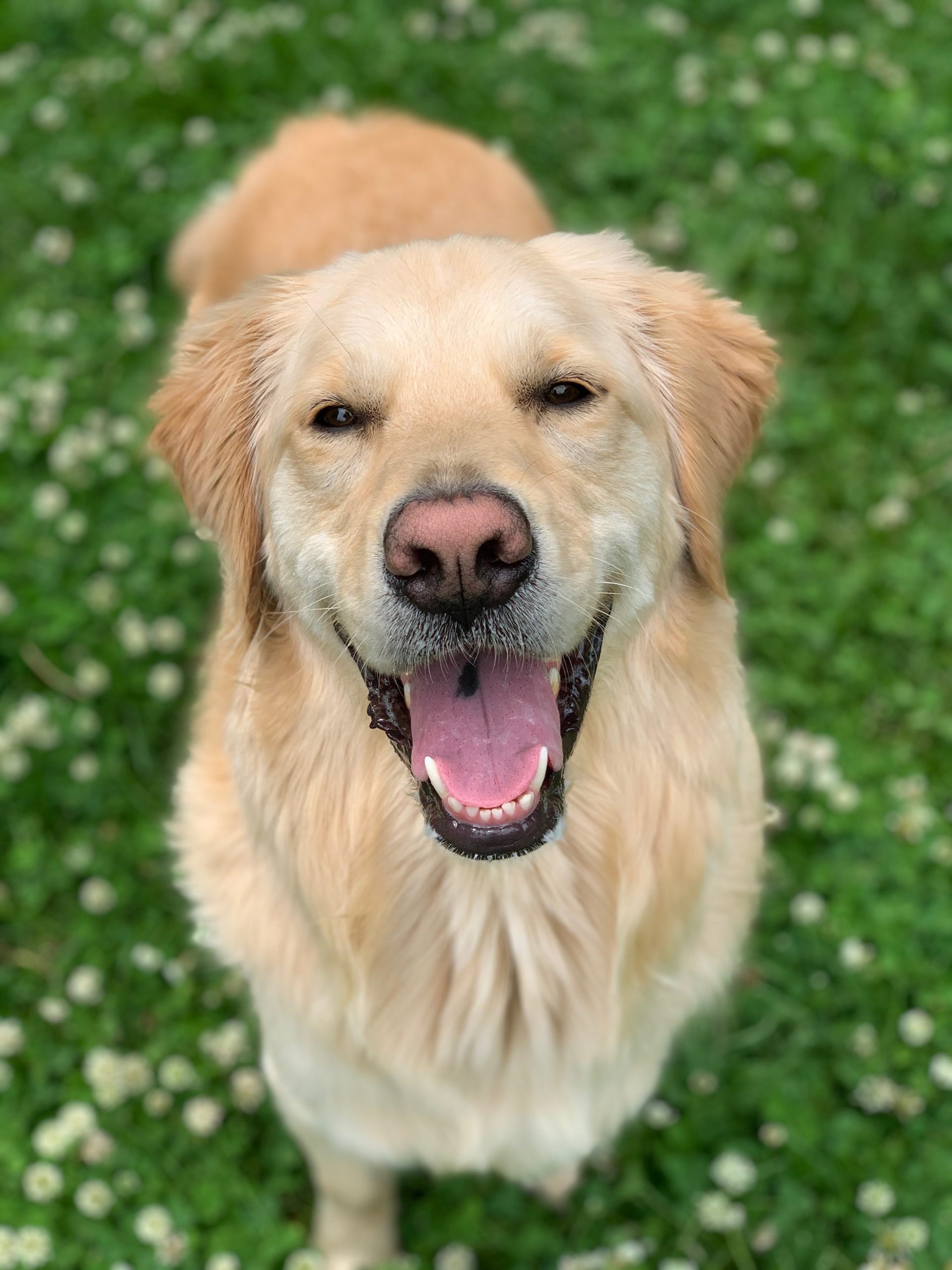 Charlie is a loving Golden Retriever who has been part of our pack for over a year. At nearly 3 years old, this love bug is happiest when he has your undivided attention. In fact, he’ll stare at you with his crooked lip and eyes, whimpering to get your attention if you look away for a second. When he isn’t staring at you, he’s busy giving and getting hugs by burying his head against your chest.

His owner Dawn tells us that Charlie is all about his routine, and he knows when it’s time to go to Wagging Tails or call it a night and head upstairs for bed. He’s also a sound sleeper and usually does it sprawled out across her bed! When Charlie isn’t sleeping, he’s happy to entertain you with a rousing game of tug and will even make you stay and play by wrapping his legs around yours so you can’t move!

Dawn says Charlie is a loving companion who enjoys playing with people and dogs, but he sounds the alarm when he sees strangers walking past their house. He also keeps her safe by riding shotgun and playing co-pilot whenever they drive anywhere.

So, what’s the best part of owning Charlie? “We don’t own him… he owns us, and he’s our best companion and buddy!” Dawn said. “He’s our ‘Charlie Bear’ …need I say more?”