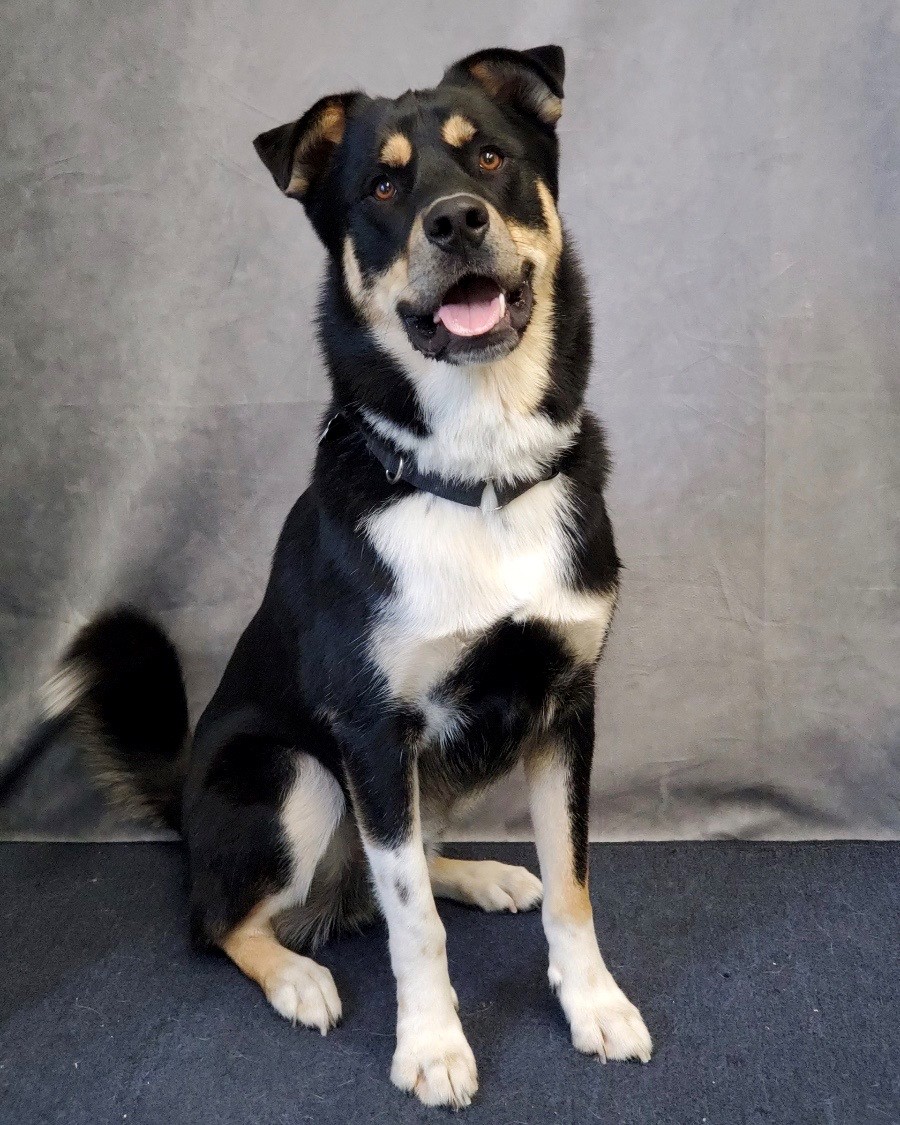 Kingsley is originally from somewhere in Missouri, but he’s called Bloomington home since he was eight weeks old. Now, at a very mature 19 months, this Husky-Rottweiler mix loves playing with his doggy friends, making a splash during pool days, and getting lots of treats whenever he visits WTPR.

When Kingsley isn’t at Wagging Tails, he loves keeping his owners Shannon, AJ, and Sarah on their toes. They say he’s half good boy and half gremlin. The day they were bragging to someone about what a good boy he is when they aren’t around, they came home to find a destroyed wreath. It had apparently fallen off the wall at some point, but Kingsley stepped in to save the day and tore it apart. His family doesn’t hold it against him, though, because it looked like sticks and leaves that belonged outside.

On days when Kingsley doesn’t go to Wagging Tails, he loves talking to his family as soon as they sit down to watch TV. They say it’s barking, but we suspect he’s just trying to see how their day went. He’s also always happy to help check the mail and loves when packages arrive because he assumes they must be new toys just for him.

Shannon, AJ, and Sarah told us that Kingsley is a pro when it comes to downward facing dog, stealing his human’s spot in bed as soon as they get up, and sticking his head out of the window when it’s time to go for rides in the car. And one thing he loves best of all is bones from local meat markets. 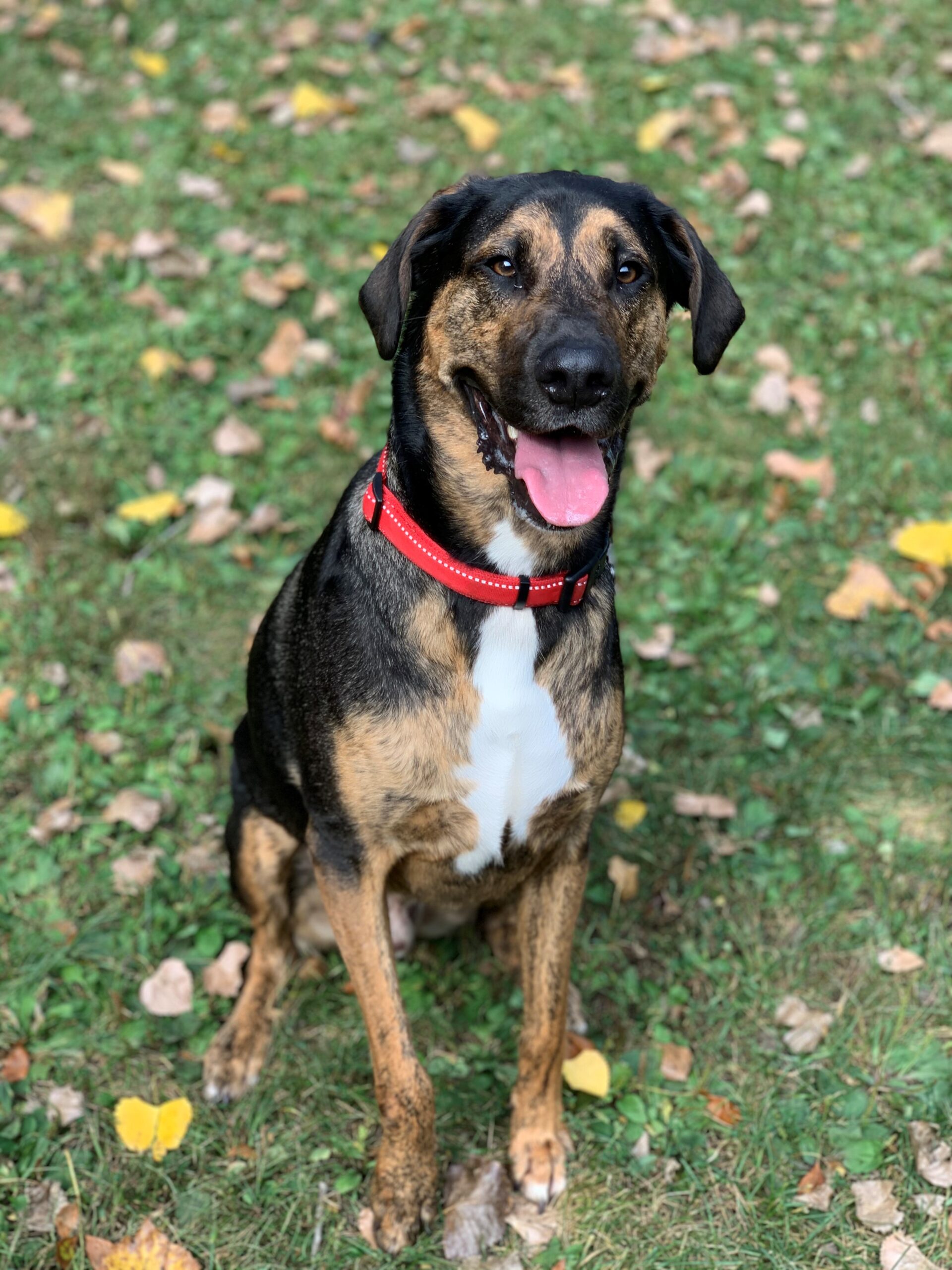 Harvey Reginald is a total mutt, mainly American Foxhound, Plott, and Great Dane. He found his way to Minnesota nearly three years ago because of Hurricane Harvey, and he’s been playing and staying at our Eagan location for almost as long. During his visits, Harvey is a stickler for following the rules and make sure all the dogs listen to the “hoomans” in charge. He also loves playing with his best friend Lycan.

At home, this gentle giant loves sitting on people’s laps – all 95 pounds of him. And, unlike many dogs, he loves a good staring contest! His owners Brent and Katelyn also told us that Harvey is a hugger. In fact, every morning when they go into his bedroom to wake him up (Yes! He has his own life-sized bed!), he reaches out his arm and wraps around you as soon as you lean in for a hug or kiss. And he makes a great listener who rarely barks.

Brent and Katelyn hadn’t expected Harvey to love the water, but he’s quite the swimmer! It took him a while to get the knack, but after he backed so far into the lake that his back legs started floating, he became a natural. Now he absolutely loves the water and swimming!

What’s the best part of having Harvey in their lives? “He’s a constant reminder of what’s really important in life and not to take things too seriously,” Brent and Katelyn said. “We have such a short time on this earth, and we better make the most of it while we can. He’s a great daily reminder of the joy we create and the ability of sharing this joy with as many people as we can while we can.”