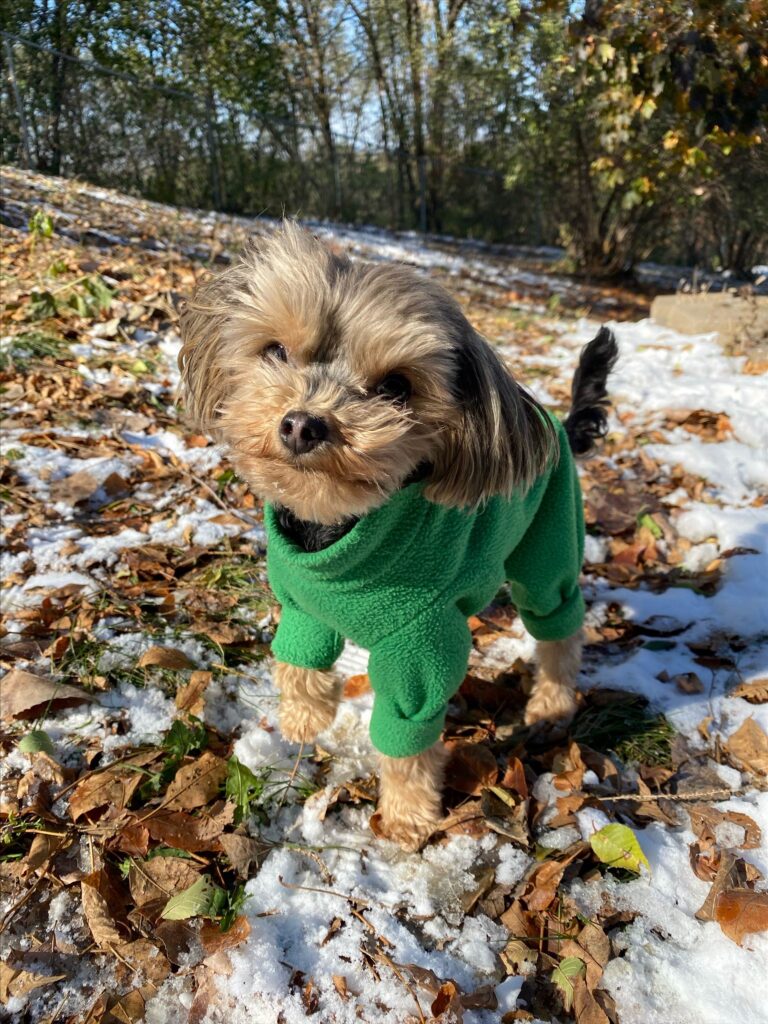 It’s hard to resist a snuggle bug like Walter. After all, this little Maltipoo only tips the scales at 3-½ pounds!

Walter has been part of our Eagan pack since he was four months old. More than two years later, he still spends every visit following his favorite humans around until we pick him up for some kisses!

When he isn’t at Wagging Tails, Walter loves playing with his terrier cousin Henry. Walter’s owner Jill told us he’s also a happy, loving dog who loves snuggling with her as much as the staff at Wagging Tails.

But what’s the best part of having Walter in her life? “He is a loving, snuggling, loyal little boy. And he’s portable!” Jill said.