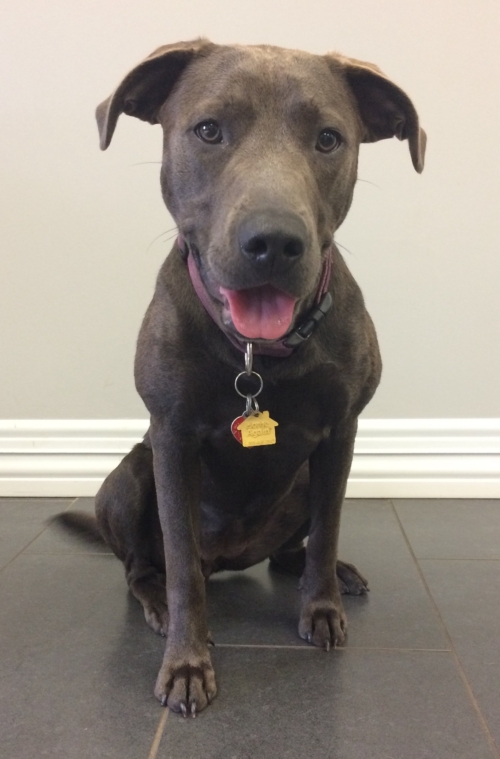 Mackenzie is an American pit bull terrier who has been coming to our Bloomington location since she was 12 weeks old. Nearly a year old now, this energetic youngster loves playing with other dogs during her doggy daycare “Playday” sessions – especially her buddy Fielder! When Mackenzie isn’t playing with Fielder, she loves playing in her backyard where she even jumps up in the tree to retrieve her toy rope.

This sweet girl may be a bundle of energy, but she’s also quiet as a mouse! Her owner Hassan tells us that she never barks to alert him to any of her needs whether she wants to play, eat, or go outside.

Hassan says that Mackenzie loves people and other dogs. But, what’s the best part of having her in his life? “She’s very cuddly and loves attention!” 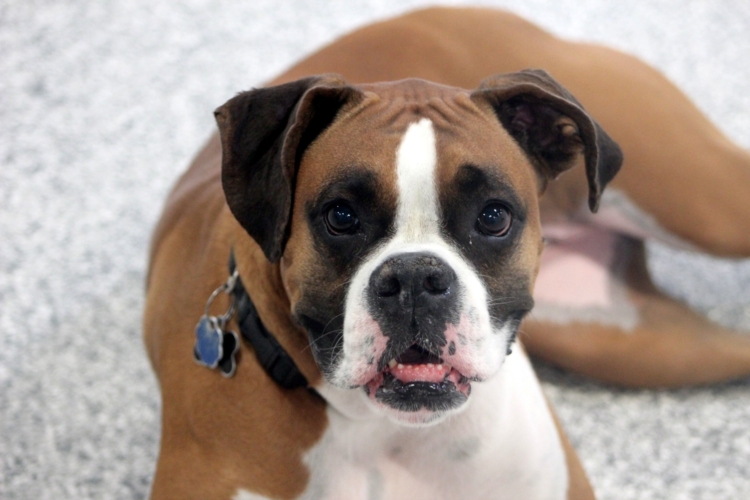 Five-year-old Lily has been coming to our Eagan location since she was six months old. A boxer to the core, she can often be seen “boxing” with other dogs during her Playday visits!

Lily (aka Lily Pad, Lills, Lillerhammer, Lillian, Peanut Butter, and Pumpkin Pie) loves being where the people are, and, according to her owners, where the butter is! One year during a Christmas visit, Lily’s grandma left four sticks of butter out to soften. When she returned to begin baking, there was no sign of it! Poor Lily had quite the bellyache from her snack that night, but she still drools when she sees butter getting taken out of the fridge!

This little girl knows exactly what she wants and isn’t afraid to ask. A little attention? She’ll touch your leg with her nose. A trip outside? She’ll ring her bell. A nice walk? She’ll stare at her leash. In fact, Lily knows what she wants so much that she’ll sass back if she doesn’t get her way!

Lily is a dog with a big heart who lights up when she sees a pair of running shoes she recognizes, greets visitors with a toy, and can wiggle her butt on command. What’s the best part of having her in their lives? “Every time you come home you receive a special homecoming… a gift she runs to get you, plus lots of wiggles and licks,” owners Jenny, Christina, and Jamie tell us.