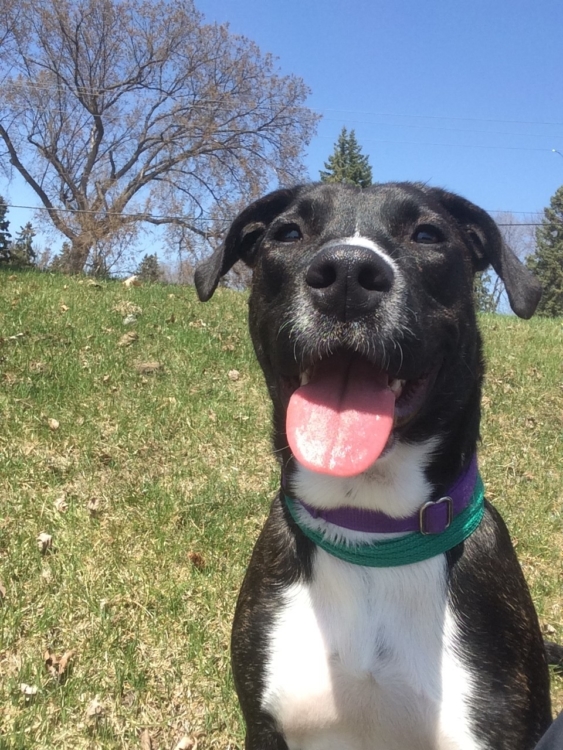 Sweet Louise is an adorable two-year-old boxer, lab mix originally from Arkansas. She’s been playing with us at our Bloomington location since she was six months old.

Her owners Steve and Ben tell us that Louise loves staying close to them or her big brother Charlie, the black Lab. In fact, one of the first times they took her to the dog park, she eagerly raced off to play but started to panic when she didn’t realize where they were! Once Louise found them again, she hid between Ben’s legs and stayed close for the rest of their visit.

Louise is more than snuggly; she’s also a very curious pooch who has to investigate everything. Even she’s in a different room and someone sneezes, Louise will come running, sit on their chest, and nuzzle their face to check things out!

We love it when Louise comes to WTPR. She enjoys spending her visits running around and hanging out with the Play Coaches. 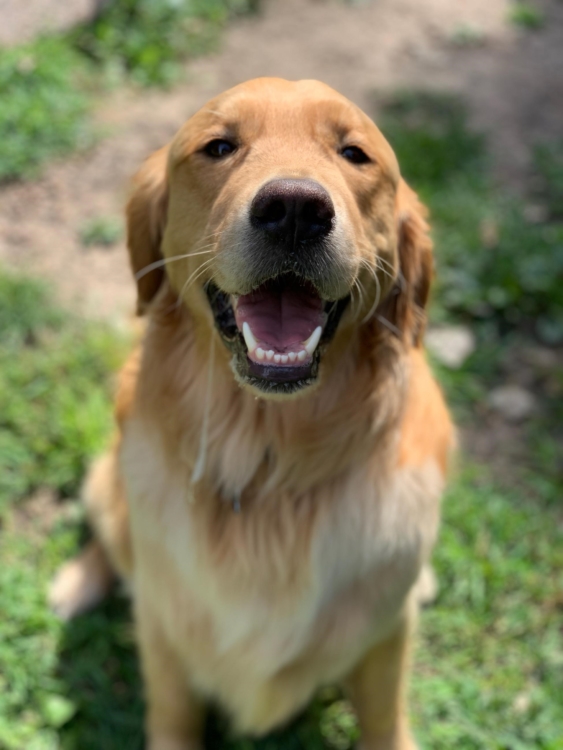 Three-year-old Owen is an enthusiastic golden retriever who loves coming to our Eagan location. His favorite things include peanut butter Kongs, attention from the staff, and hanging out with all of his doggy friends. Though, his owners suspect that Owen thinks he’s there to supervise the pack!

When he isn’t at Wagging Tails, Owen enjoys helping out with the gardening. His owners Cathy and Kevin couldn’t figure out why they weren’t getting any cucumbers or tomatoes until one day when they saw Owen helping himself to even the smallest fruit on the vine! Cathy says that before long, they’ll only have garlic growing in their garden.

Cathy says that Owen has a stubborn streak that’s unlike anything they’ve seen in their previous Goldens. He’s also a total fetch failure. But Owen LOVES a good belly rub, going for walks anywhere, and thinks errands are super fun. He also seems happiest when the whole family gathers, because the more the merrier!

What’s the best part of having Owen in their lives? “He’s a good boy, and we love having him in our family.”